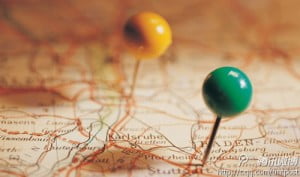 Right in 2012, Wang Jianlin also made a big bet on ‘online not taking the place of offline’ with the chairmen of Alibaba posturing to fight against the Internet to the end. Such a transformation represents a shift in Wanda’s attitudes towards the Internet.

The rest of the world took the collaboration as tactics of Wanda, which stands for offline commercial form, against fierce impact from online Alibaba. However, the ambition of ‘Tengbaiwan’ (Tencent, Baidu and Wanda) goes further than that, aiming to create a more advanced commercial form than a mere online one—change ‘offline’ to Internet-based commercial form too, and integrate it with ‘online’, in what’s called O2O.

Such transformation took place not only in the Retail Industry, but also in the Financial Indutry, Restaurant Industry, Tourism Industry and Film-Television Industry. Just as Ma Huateng said at the signing ceremony of Wanda E-commerce, what we saw in the past, like ‘overturns, displace and updates’ in many traditional industries brought by Internet, was still in the early stages. In the future lots of industries would turn to the Internet to upgrade themselves.

From 1-million-yuan Bet to Collaboration

Dating back to 2012, Ma yun and Wang Jianlin debated on ‘whether E-commerce will take the place of traditional retail stores’ in the competition of Chinese annual economic figures. Ma Yun maintained that E-commerce was bound to displace retail, whereas Wang Jianlin claimed that traditional retail trade wouldn’t disappear though E-commerce was developing rapidly. In the end, they made a bet: if E-commerce’s market share in China rises to 50% 10 years later in 2022, Wang would give 1 million yuan to Ma. If not, Ma would give 1 million to Wang.

The bet was thought to be a mark of competition between traditional retail and E-commerce. In ‘the November 11th Campaign’ of 2012, total sales of Tmall and Taobao approached 20 billion yuan, which is unimaginable for the offline retail industry. Also, in the whole year of 2012, the percentage of E-commerce’s transactions accounted for 5 percent of all retail sales in China. Thousands of offline retail stores closed down because of E-commerce’s relentless hit. Ma Yun, chairman of Alibaba and leader in the Chinese E-commerce industry, announced publically in many places that E-commerce was sure to turnover traditional retail.

In ‘the November 11th Campaign’ of 2013, transactions of Tmall and Taobao set a new record, increasing to over 30 billion yuan. Also, E-commerce’s transactions of that year accounted for 8% of total retail sales in China.

On the stage of 2013 Chinese annual economic figures, Wang Jianlin abandoned the 1-million bet with Ma Yun, and took a new insight into the relationship between E-commerce and traditional retail: the two industries will be strongly related for sure in the future, none of them will take place of the other. It’ll be a main trend to become Internet-based for all the industries, not only for traditional commerce. 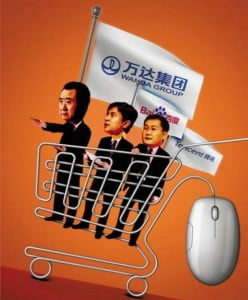 Actual action brought by the thought is the establishment of Wanda E-commerce. During the last two years, Wanda has been hiring in large quantities from the E-commerce industry in order to create its own E-commerce platform, but the result was not remarkable. Wang Jianlin gradually realized the limit of fighting independently. These also triggered Wang Jianlin’s announcement in the semi-annual conference of Wanda, ‘Wanda will invest 5 billion firstly on Wanda E-commerce, cooperating with several of China’s biggest E-commerce companies.’ On August 29th, the answer was revealed, the ones who Wanda wanted to cooperate with were not E-commerce companies, but Tencent and Baidu.

In the ceremony on August 29th, Wang Jianlin said, ‘many colleagues asked me, whether we’ll just transfer from online to offline or from offline to online? I think both of the ideas are wrong, we shall not fix our thinking on online or offline, what we need to do is coming into an interacted and integrated consumption pattern. Wanda E-commerce aims to sell services, not products. Surely, we’ll make good use of our offline terminals.’ 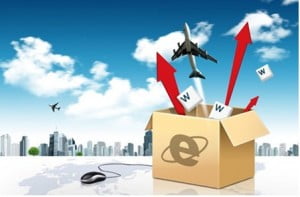 As a matter of fact, the reason why Wang Jianlin chose to collaborate with Ma Huateng and Li Yanhong lies in not only the same competitors, but also because they have similar ideas. Before Wang Jianlin’s action, Tencent had started to take actions relating online and offline. WeChat, the most popular mobile social media tool of Tencent, claimed to ‘Relating Everything’. That is to say people can open the door of offline trade by WeChat public accounts online weather in shopping or in dining. For instance, once we scan the QR code when shopping in stores, it is possible to gain more recommendations and information about products on WeChat.