Top Microsoft China Executive Switch to Baidu, Talents Flowing to Internet Industry has been a Trend

On September 8th, Microsoft announced the departure of Zhang Yaqin, the global senior Vice-president and top executive of Microsoft Asia-Pacific Research and Development Group, for personal reasons. It’s reported that Zhang would join Baidu and be named president for exploring new business. Internet analysts say that it has been a trend for talents in global software companies to move to Internet industries. 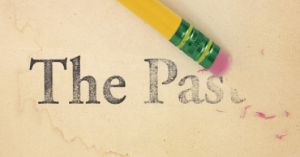 “Mission accomplished” is the explanation Zhang gave for his resignation. He stated that about three years ago he started thinking about leaving Microsoft when the research group settled down. He and Ballmer, CEO of Microsoft at the time, discussed the topic, but the reason he didn’t leave was that work relating to Microsoft Cloud and Xbox still needed to be done.

Several IT insiders revealed through Weibo that, in the following days, Zhang would join Baidu as president. “It’s an irreversible trend for talents in global software companies flowing to the internet industry.” Wang Guanxiong, an Internet analyst, pointed out that, since Ma Yun has Jin Jianhang (one of the founders of Alibaba.com), Ma Huateng has Liu Chiping (CEO of Tencent), Li Yanhong also needed a second in command to set him free in order to focus on tactics and culture. In addition, Baidu typically puts a high value on technology, digging deeply in big data and intellectual devices.  In terms of educating technical talents, Microsoft overseas and Huawei at home are both “Whampoa Military Academy company” in the tech world.